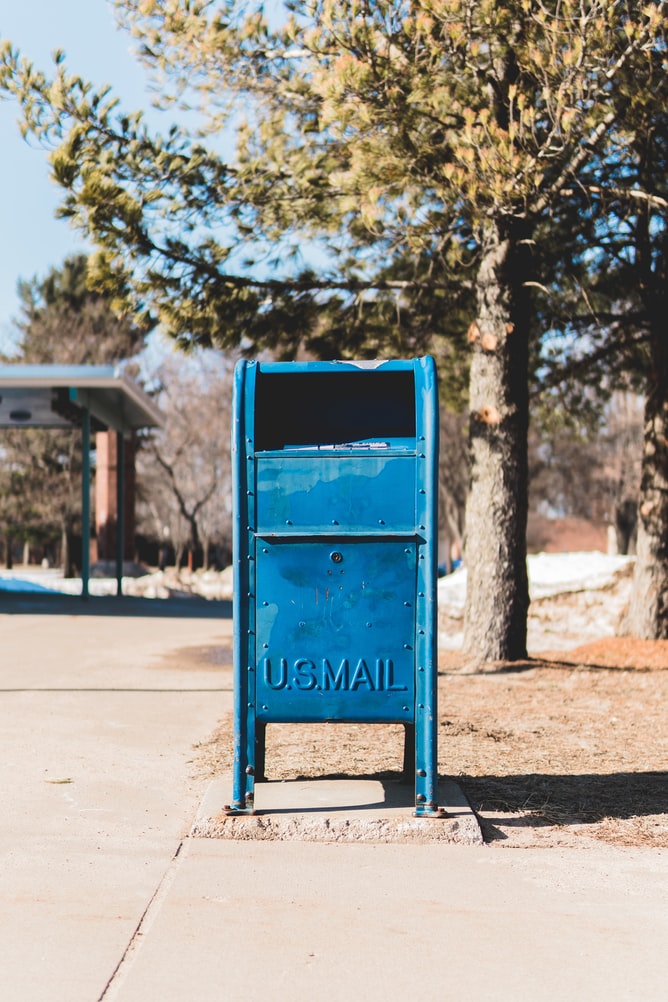 The Mail and How Everything is Worse in the Trump Presidency

In government, there are table stakes. Yes, there are very real differences to Republicans and Democrats in terms of policy. Those are very important to everyone's everyday lives, but what I want to talk about here is the deterioration of table stakes government under the Trump Presidency.

I by no means want to state that these are the most important things right now. They aren't. But the deterioration of the apolitical services the government provides to every person in the USrequires some consideration. These are the table stakes functions of government.

In July, we got an email from our landlord asking if everything is alright. They are great people and a few months earlier they understood that as an executive at a startup I had had a pay cut. We worked out an amicable decrease in rent while things were on edge.

When our rent check, which goes out automatically from my bank account to his bank (same bank) was late, he got worried.

We got worried. What had happened?

What ensured was phone calls to both of our banking reps to figure out what had happened. The check went out, but it didn't arrive.

Well, we were about to cancel and reissue the check and lo and behold it shows up. 10 business days later than usual. A lot of thrash for no reason, but all was well.

At the same time, I noticed that our mail was coming in fits and spurts. It took me a couple weeks to figure it out: This is an epidemic in the post office. Mail is taking 2-3x as long to reach its destination.

A rent check between two parties who trust each other is one thing, but meds, letters to the IRS, etc can have real consequences.

For instance, we got a notice from the IRS that we had taxes due for the exact amount that we had paid them for. The check was cashed weeks earlier. A ping to our accountant and a letter drafted to the IRS (sent by mail - as its a PO Box). Still waiting to hear what happened. Was this just a sloppy clerical error? Something else?

That takes me to the next federal department where I've had issues. I recently had a daughter and we needed to file for a social security number. 5 years earlier, when doing the same for our first kiddo, it was an easy transaction. All through the mail. 7 days later we had our SSN.

In this case, it was total mess. The rules had changed: now you needed to be in person to get a SSN. That would be annoying but fine in pre-Covid days, but now all of the Social Security offices are closed. I called them up, went through a phone tree, finally spoke to someone and put together the right docs. Given Covid, they told me, an in person meeting wasn't necessary. Makes sense.

Well, it was denied for lack of an in person meeting.

The next 2 weeks were us frantically trying to figure out what went wrong. We were even prepared to go into the office. Well, the phone tree routes to 3 different offices in SF and each one had different rules! It took us about 5 days to figure it out and get on the phone with the right person.

Application accepted. Still waiting on the card, but hopeful it arrives by mail soon.

Now filing for a passport: Again, this was a by-mail transaction back with my first daughter and now you need to bring in both kids (one new, one renewal) and both parents to a post office to get a passport issued. Even in Covid days. What the fuck.

Reddit says its taking 16-20 weeks for passports to be issued. That's double the normal processing time in my experience on top of limited availability to setup an appointment at a post office.

I knew that the government was being systematically defunded and understaffed by the Trump Executive Branch, but I had no idea how far reaching these changes had gone. I'm sympathetic that Covid has made things more difficult, but these issues seem like staffing issues. From what I can tell, the Social Security office and Department of State are not seeing tons of new activity, they are just under staffed. These problems are exacerbated by onerous rules and the inability for the government to adapt to Covid. Its impacting my life. I'm sure there are multitudes of people in more dire circumstances getting impacted even more.

A long time ago, I worked for a US company in another country that was functionally a dictatorship. To get things done, it took phone calls from the executives (locals) to friends and cousins to move things through. While not explicit, it was clear there was also some money changing hands under the table to get things done. Every roadblock I'd hit, my executive would have to step in and solve it. I was glad I had him, but was frustrated I couldn't just do my job.

That's where I fear this is going. Want to get a Social Security Number?  Want to get a Passport? Well, you better know some people, because you never know what will get lost in the mail these days. Its government for the rich and connected. Not for the people.

Vote. It matters. Maybe just not by mail, unfortunately.

Founded Threaded: Turning Communities into Workplaces. Previously, Head of Product at Impact, a market network serving the entertainment industry as well as Head of Revenue at Triplebyte and Hired. Founded an agency in my 20's, sold it to Hired and became employee 5. Recruited for at VCs, growth and public companies. Helped the founders of recruitment tech startups Shift.org, Trusted Health, Terminal and Beacon in the early days.
August 9, 2020
Personal